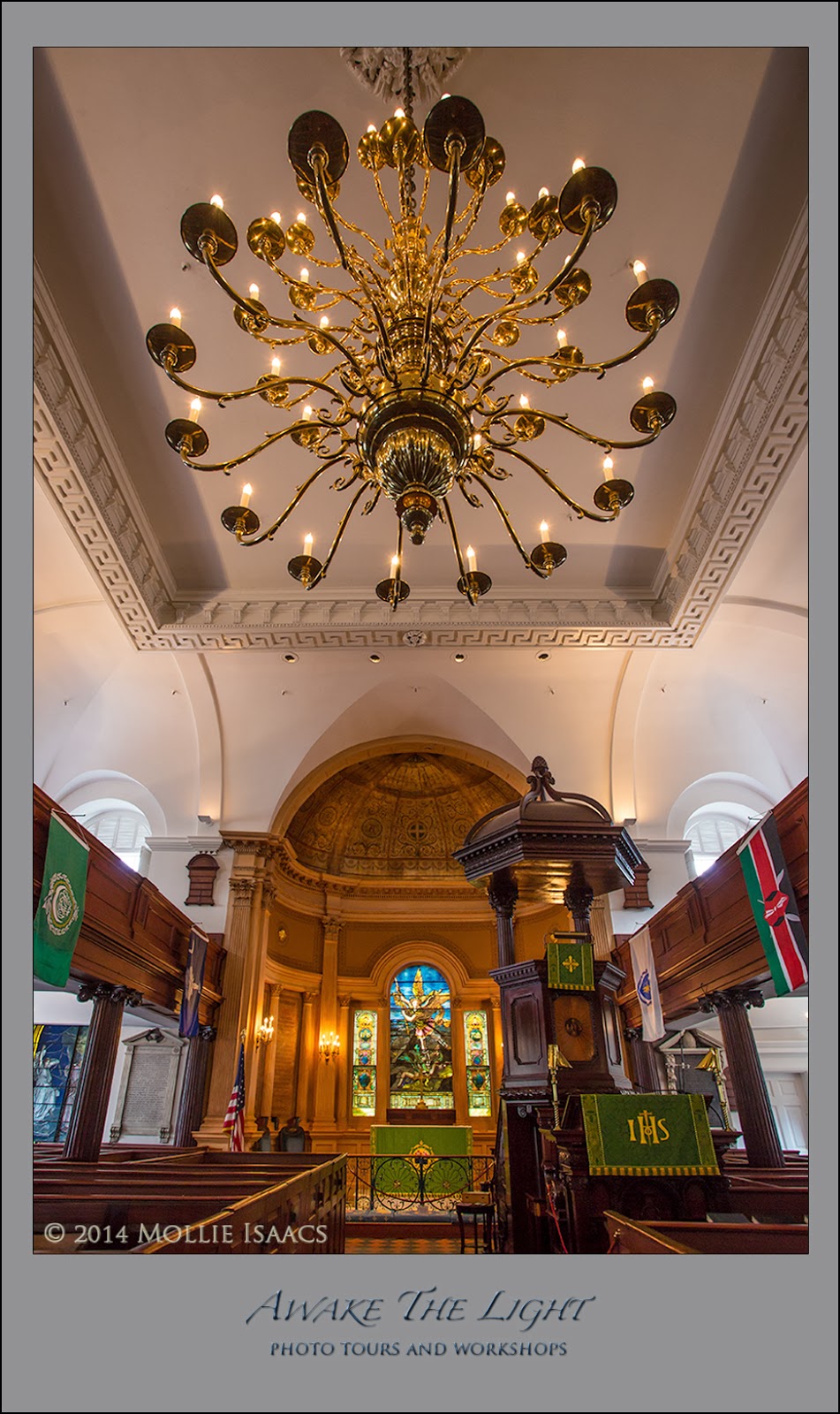 Lenses of different focal lengths provide different perspectives. “Normal” focal lengths of between 40mm and 60mm provide a view that approximates what our eyes see, and does not distort the relationship of one element to another in the picture. Telephoto lenses, ranging from about 70mm to 500mm and more, bring us in closer to the subject and tend to compress the distances between near and far objects in the picture. Wide angle lenses ranging from about 10mm to 35mm make objects appear farther away than they are, and also stretch the apparent distance between near and far elements in the scene.

This image was shot with a wide angle zoom lens that was set to 19mm. I was standing much closer to the altar than it appears in this image. The wide angle lens makes the altar appear to be at least twice as far from me as it actually was.

In addition, I tipped the camera up so that the entire chandelier is included. The wide angle lens makes the distance between the chandelier and the altar look much greater than it was. It also distorts the shape of the round chandelier, making it look oblong.

When you tip wide angle lenses severely up or down, they tend to distort perspective and alignment of vertical lines. Notice that the uprights and columns  appear to tip inward. Had the lens been parallel to the floor, the distortion would have been minimized.

In this image I did not find the distortions disturbing, and in fact they help direct the eye to the chandelier and the stained glass window. Had this shot been done for the architect of the church, however, it would have been imperative that all uprights be vertical, and I would have done that in post production.

When photographing any subject, you decide whether you are seeking an interpretive image that creates a mood or a feeling, and takes liberties with the reality before you, or if you prefer a more literal, realistic view of the subject. Both approaches are valid, and you should try both with most subjects to see which version pleases you more.

TODAY’S QUOTE: “The camera is an instrument that teaches people how to see without a camera.”  --Dorothea Lange
Posted by Awake The Light at 9:05 AM