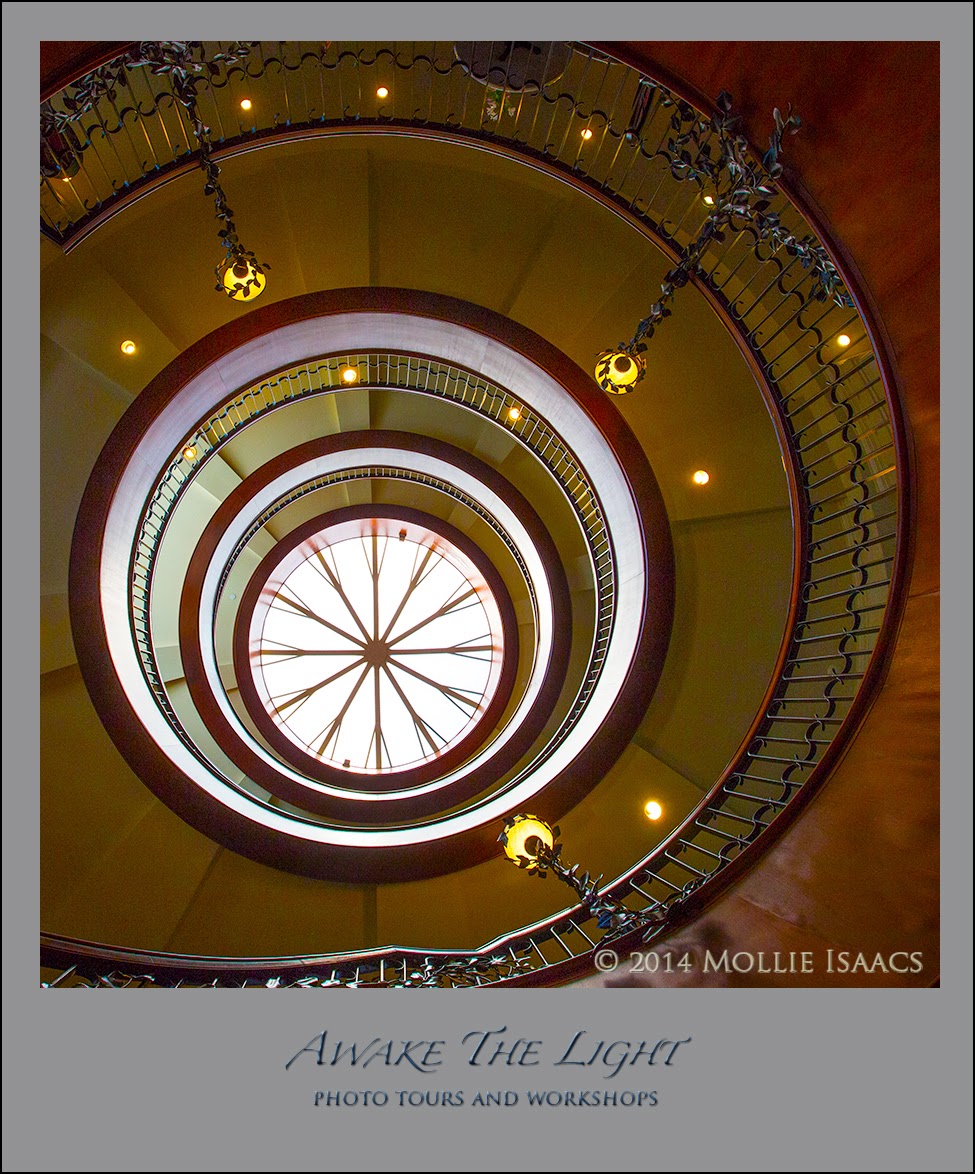 Spiral staircases make wonderful subjects, but they are not always easy to photograph. This is one of the larger ones I have seen, and choosing a vantage point was difficult.

This was in a Charleston, South Carolina hotel I was staying in, and was absolutely gorgeous. The shot was taken from the lobby level, looking up at a domed skylight. Fortunately it is a small hotel, and the lobby was deserted. So I did not feel too self-conscious wandering around, trying to find a good way to frame the shot.

I took it from a few different angles, and liked this one best. But even so, the original image had to be cropped and flipped upside down in order to strengthen the composition. This is the original image, as it came out of the camera.
In the final image above, the center of the skylight is placed at a “power point” based on the Rule of Thirds. You enter the image from the lower left along the railing, and then you follow the concentric circles around and up to the circle at the power point. The dark wood along the right-hand side acts as a blocker, keeping your eye from leaving the image.

Exposure was a concern, since the wood was so dark and the skylight was quite bright. I was hand-holding the camera, so HDR was not a good option. And because I was hand-holding, I did not want to use a shutter speed slower than 1/125 of a second. Even with an ISO of 1600 the wood was rendered quite dark, but I knew that using Lightroom in post-production would extract the detail in the dark areas while keeping the light areas under control.

TODAY’S QUOTE: “Style is the mind skating circles around itself as it moves forward.”  --Robert Frost
Posted by Awake The Light at 8:34 AM