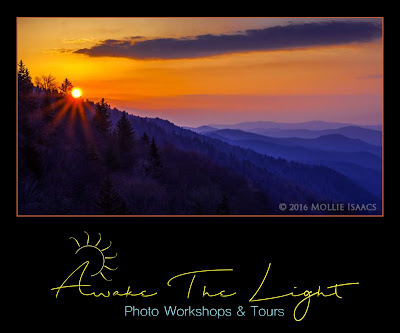 Start 2019 right. The words below were on a sign in a restaurant, and I thought the lesson was appropriate for the New Year.

"Do not -
Undermine your worth by comparing yourself to others.
It is because we are different that each of us is special.

Do not -
Set your goals by what other people deem important. Only YOU know what is best for you.

Do not -
Take for granted the things closest to your heart. Cling to them as you would your life. Without them, life is meaningless."

I don't know who wrote it or when, but perhaps the words will help you get a positive start to a brand new, fresh year.


Let 2019 dawn bright and beautiful in your heart.
Mollie
Posted by Awake The Light at 2:27 PM No comments:

Greetings Of The Season 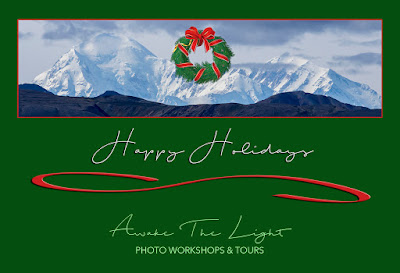 Wishing you the happiest of holidays!

Reflect on the past year AND

Consider how to make the next year better than the last.

In this season of PEACE, may you find TRANQUILITY.

In this season of JOY, may you find CONTENTMENT.

In these troubled and divisive times, may we all find UNDERSTANDING and TOLERANCE.

I wish you a holiday season

filled with love, laughter, and warmth.

See you in the New Year!

TODAY'S QUOTE: " The joy of brightening other lives, bearing each others' burdens, easing others' loads, and supplanting empty hearts and lives with generous gifts becomes the magic of the holidays."  ---W.C. Jones


Posted by Awake The Light at 3:49 PM No comments: 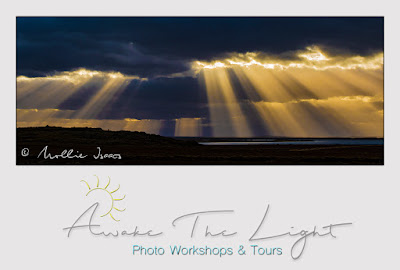 Dramatic skies are always an exciting photo subject. These kinds of sun rays often occur at the beginning or end of the day when the clouds are just right and there is moisture in the air.

This was a mostly lucky shot. The clouds and rays had been shaping up for awhile to create this look, but the drama was just not there. It took about 15 minutes of waiting, watching, and hoping for this combination of clouds and sun rays to come together to form a powerful shot.

Several elements came together to help make this image  -  the three layers of clouds that allowed the rays to streak through in several places, the strong contrast between the dark clouds and the small slits of bright sky, and the rays that angle to the left and to the right as your eye scans across the image.

When optimizing this image in Lightroom, I could have lightened the Shadows to allow some texture of the ground to show, but I wanted a dramatic look so I decided to darken the shadows to add more punch. Using this approach helped convey what I felt when I viewed the scene.

It is OK to use some artistic license to create an image that shows not only what you SAW but also what you FELT. That makes for more powerful images with more appeal.

TODAY'S QUOTE: "Drama is very important in life. You have to come on with a bang. Everything can have drama if it's done right. Even a pancake."  --Julia Child

Posted by Awake The Light at 2:37 PM No comments: 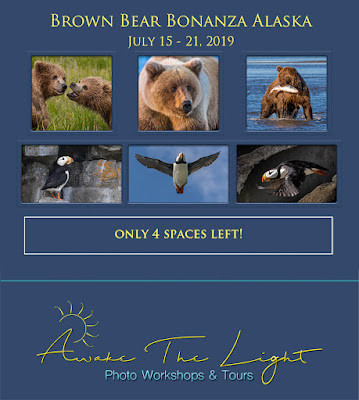 Check out the new Alaska Brown Bears album posted on Facebook. This spectacular trip for both brown bears AND puffins is already half full, so it is time to register soon.

Limited to only 8 photographers, we will see brown bears every single day!

This adventure takes you to an area with a large concentration of brown bears. We photograph them safely, yet at fairly close range. We are driven from our lodge to where the bears are in an ATV, and all our gear is transported as well. No long marches, no slogging through hip deep water to get to the bears.

We'll see moms and cubs, and a few boars as well. There is always lots of action including play fighting, frolicking in the stream and along the beach, feeding, nursing, and more.

And the comfortable lodge is all ours. We are the only group there, and we have our own guide, our own chef, and everything runs on our schedule. This is by far the best brown bears trip in all of Alaska!

Please call or email me with questions, or to register.

Details and fees are at this link

Posted by Awake The Light at 4:44 PM No comments: