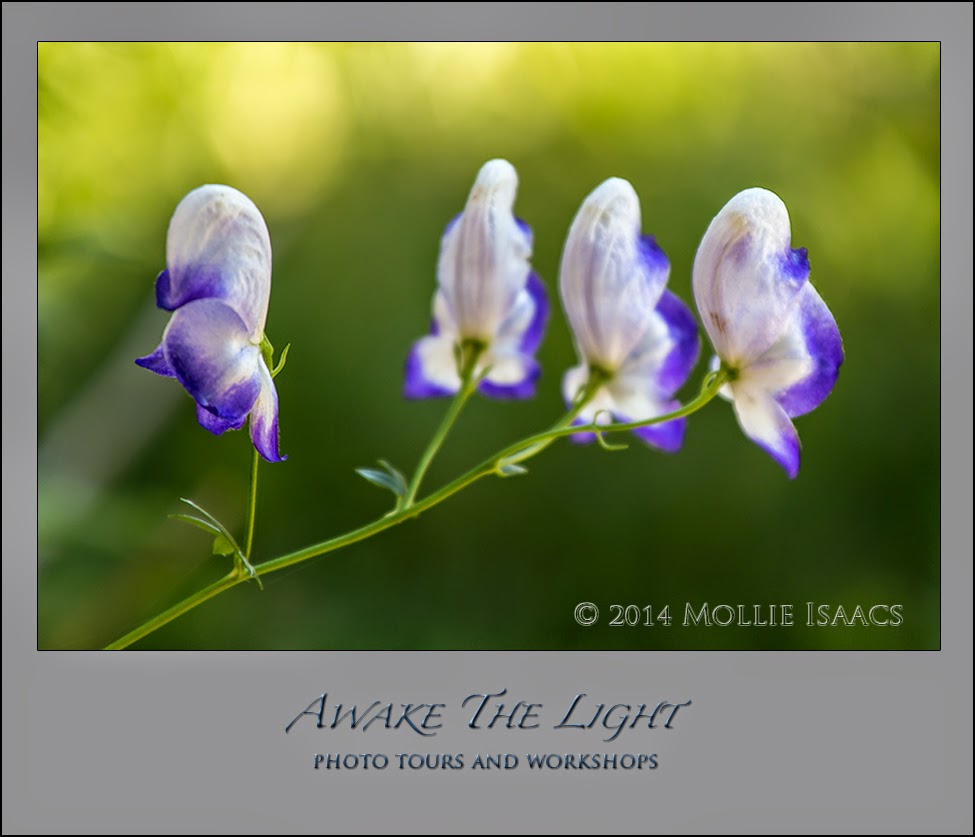 Sometimes it is fun to attribute human characteristics to animals or flowers. That is what happened when I saw this group of four flowers blooming outside a hotel in the Canadian Rockies. The three on the right seemed to have turned their backs to the one on the left, hence the title “Snubbed.”

As you can see, I chose the view with a partly sunlit and partly shadowed background. In all cases I used a shallow depth of field in order to blur the background.

I find I have the most success when I shoot from a variety of angles and vantage points. Sometimes it is easier to see which view is better once you see the images on your computer screen, and it is nice to have choices after a day of shooting. So don’t lock yourself in to just one option. Take your time, shoot a lot of images, and make final decisions later.

TODAY’S QUOTE: “Nobody sees a flower - really - it is so small it takes time. We haven't time, and to see takes time, like to have a friend takes time."  --Georgia O'Keeffe
Posted by Awake The Light at 11:00 PM