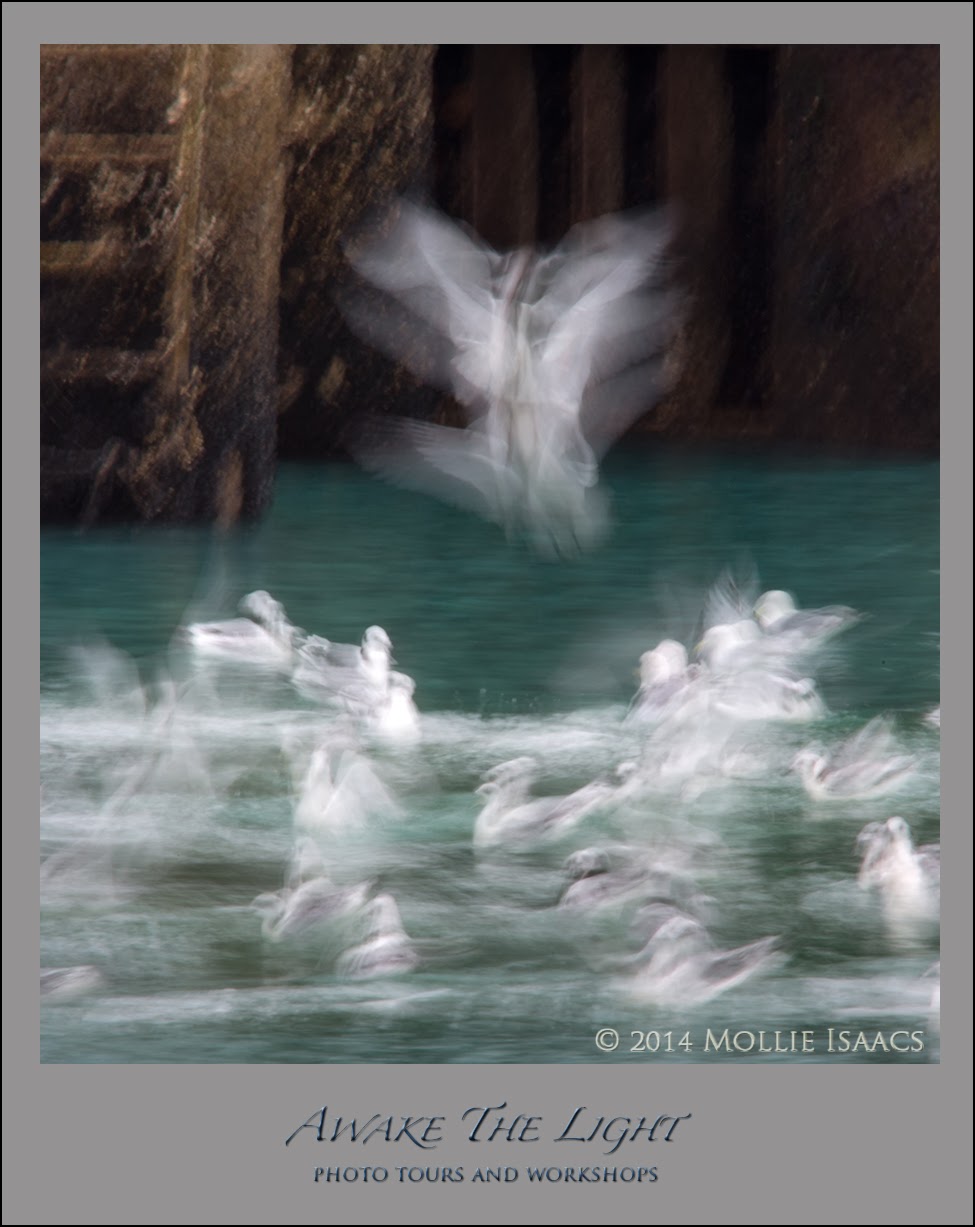 When the action is slow, or the scene unexciting, try something a little different. One of the easiest ways to introduce a unique feel to an image is to use a slower than normal shutter speed. It will help to blur motion or create movement or shapes that add a whole new dimension to an image.

This was a quiet morning at the waterfront in Homer, Alaska. A few gulls were bobbing around, a sea otter or two were far offshore, but not much exciting was going on. I had my camera on a tripod, and was standing around looking for something interesting to shoot. There was nothing that I could see.

Then a few of the gulls became restless and decided it was time to stretch their wings a bit. So I decided to play with a slow shutter speed to see what would be recorded. When using this technique, you never know what you will get. The best approach is to shoot a lot and hope for the best.

I did exactly that. I shot many that were, shall we say, quite bad. Awful in fact. But this one had some interest. The bird in flight was in a good spot. It was over an area of water with no other birds, and was in front of the dark dock. I lucked out that its wing position was good, and the other birds seemed to be looking in its direction.

I experimented with a variety of shutter speeds because with moving subjects, you never know what length of time will be best. Generally I try shutter speeds ranging from ½ second up to several seconds. Sometimes a longer exposure makes things too mushy, but at other times it is just right. For this shot a shutter speed of ½ second was the one I liked best.

The colors also help make this image work. The water is one of my favorite colors, and it, along with the brownish dock, make a nice backdrop for the white and gray seagulls.

TODAY’S QUOTE: “In the midst of movement and chaos, keep stillness inside of you.”  --Deepak Chopra
Posted by Awake The Light at 12:06 AM