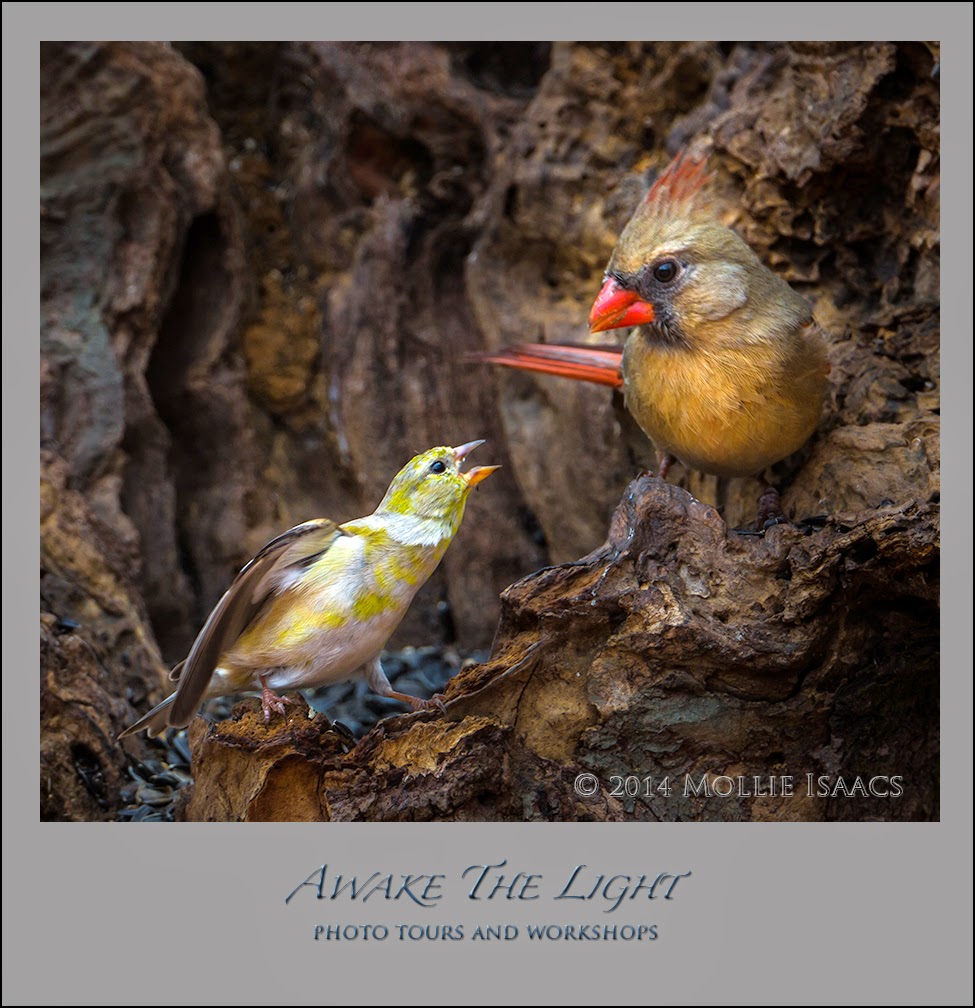 Usually the big birds intimidate the smaller ones. Sheer size makes them king of the hill. But not on this day. The small wren had flown it to eat some seeds that had been placed in the hollowed out area of the tree. She was happily eating, minding her own business when this female cardinal arrived on the scene.

The wren's territorial instinct kicked in, and she became belligerent, threatening the much larger cardinal. The one-sided argument went on for a short while, with the cardinal eyeing the little wren but not answering her back. Fairly soon the cardinal decided that discretion was the better part of valor, and flew off to find another source of food.

This little exchange was just one of many similar ones that must take place each and every day around the world among many different animal species. If you happen to be fortunate enough to witness any interesting or comical animal behavior with your camera in hand, shoot as much as of it as you can. It is a rare privilege to witness animal behavior and to be able to record it. The more you photograph animals and insects, the more behavior you will see. And the more you see, the more you will understand and appreciate.

TODAY'S QUOTE: "Life is life's greatest gift. On life's scale of values, the smallest is no less precious to the creature who owns it than the largest."  --Lloyd Biggle Jr.
Posted by Awake The Light at 9:53 PM