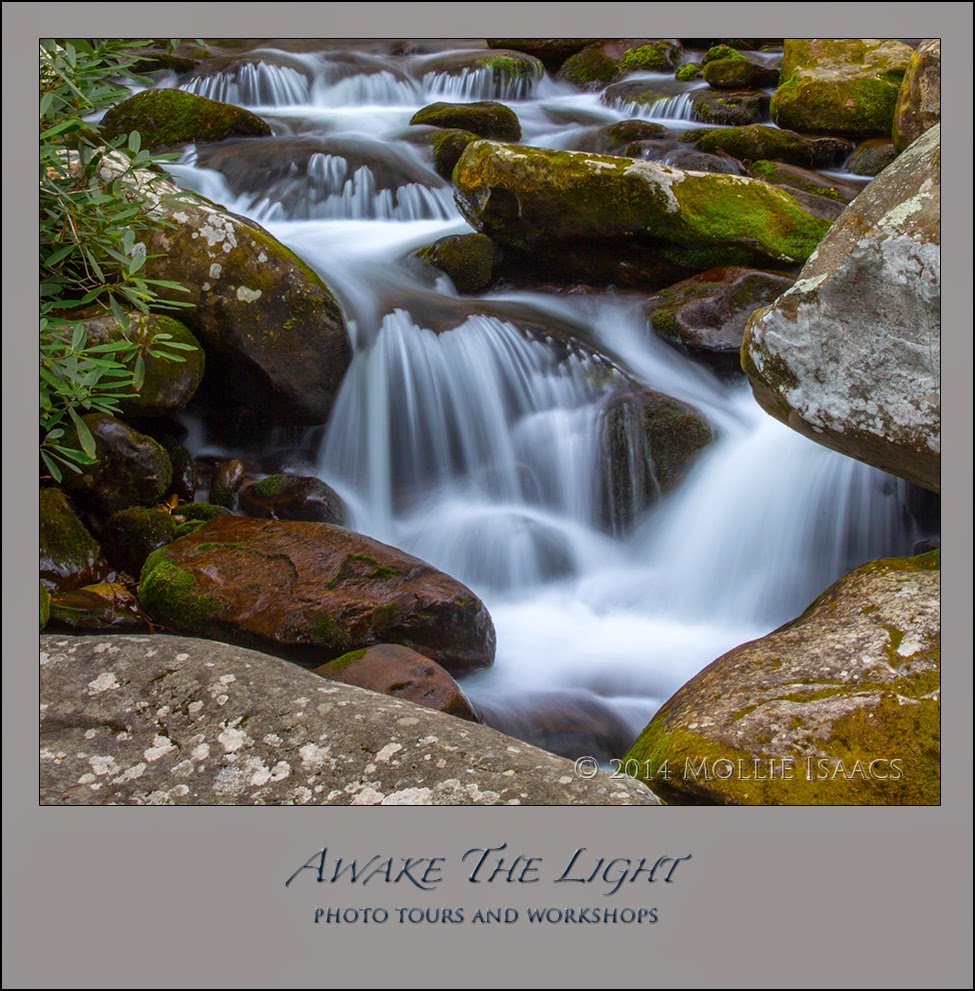 Water is life, and moving water becomes its own living organism. Depicting that movement, and hence its life, is one of the joys of photography.

You have read several times in this blog about how to create the feeling and look of moving water. Use a relatively slow shutter speed which allows the flow of the water to be recorded. The length of the exposure depends on the speed of the water, and whether it is moving toward you, as in this image, or across your field of view. Generally a longer exposure is needed when the water is moving toward to you, if you want a silky look. If the water is moving from one side of the image to the other, that is, across your field of view, then a shorter shutter speed will most likely create the same silky look. Always try a variety of shutter speeds since you never know which one will be best for your particular situation. Start at 1/4 sec., and then increase the shutter speed in one-stop increments as far as possible given the conditions.

When photographing a rocky stream like this one, the rocks become the stable point of focus, the basis of the image, with the water being the soft counterpoint. While the water is the main subject, the in-focus rocks help the water look even softer by comparison.

A little hint of green, as in the moss-covered rocks and the leaves, add a much needed touch of color.

A polarizer was used in this image, although I do not often use one. It helped to enhance the greens, and reduced the shine on the wet rocks. If, however, there were reflections in the water that I wanted to record, I would not have used a polarizer since it would have reduced the reflections.

If you want a very long shutter speed, use of a polarizer, or an 8 to 10 stop neutral density filter will enable you to do that.

TODAY'S QUOTE: "Nothing is softer or more flexible than water, yet nothing can resist it."  Lao Tzu
Posted by Awake The Light at 7:58 PM