Sense of Scale and Space 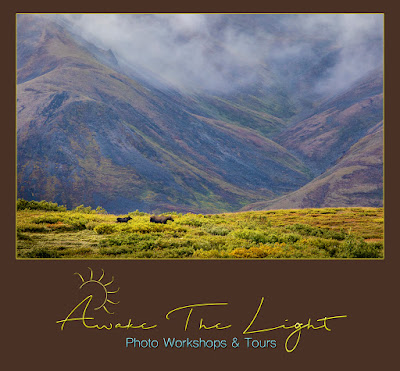 A female moose and her calf were walking briskly across the tundra in Denali National Park on a misty day. Even though she stands about 6 feet tall at the shoulder and weighs close to 1000 pounds, she looks tiny in this landscape.

Often we want much closer shots of wildlife, but sometimes it is good to show the surroundings to give a sense of scale. Denali is huge and distances are deceiving. The moose were several hundred yards away, and the mountains in the background were 3 to 5 miles away. Take a moment to wrap your head around those distances.

So if you do not have a long lens don't despair. You can still get great shots of wildlife by showing them in their environment, and giving the viewer a sense of scale.