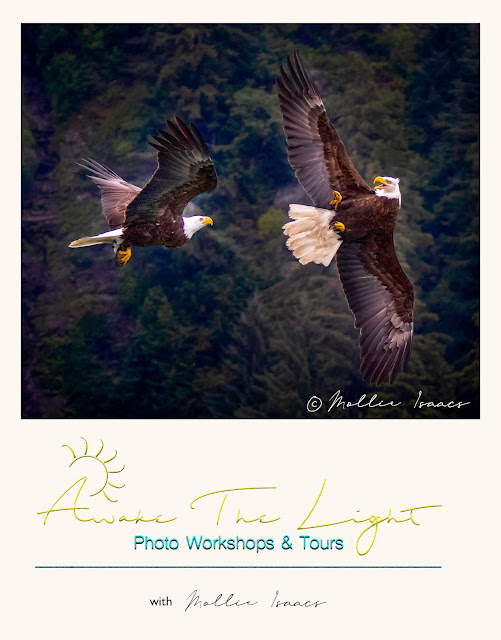 Eagle fights occur quickly and end just as quickly. Rarely is damage done. These eagles were vying for the best position to grab a fish in the waters below. The eagle on the left was zooming toward the other one. Clearly the eagle on the right saw the attack coming and assumed a very strong defensive posture. Its beak is open, issuing a warning to the attacker. They eventually locked talons but then released each other with no damage. The entire encounter lasted only an amazing 3 seconds. Incredible.

Eagles are some of the most skillful flyers in the air. They are a joy to watch, and assume a wide variety of positions with blazing speed.

TODAY'S QUOTE: "Fight for the things that you care about, but do it in a way that will lead others to join you."  -- Ruth Bader Ginsburg
Posted by Awake The Light at 9:54 PM