Drama In The Sky 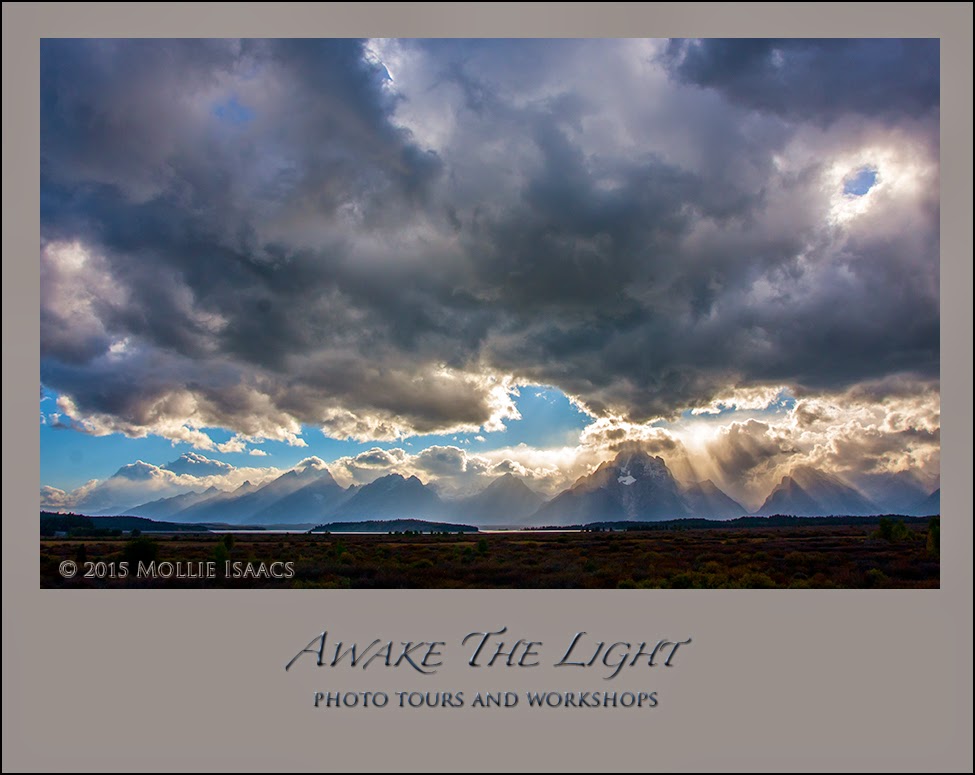 There are times when Mother Nature serves up some amazing shows. On an autumn day in the Grand Teton National Park the clouds and the lighting conditions combined to help create a dramatic image.

This was a tough shooting situation with a very dark foreground and some very bright areas of clouds. While you might think that HDR was the best option, in cases where the scene is constantly changing as the wind whips the clouds, several shots in succession will not be identical, and combining them for a successful HDR blend is not always possible.

So what do you do? You take several shots looking carefully at the histogram each time. You check for serious underexposure and serious overexposure. I say "serious" because often either the light or the dark areas will be improperly exposed. BUT, once you find an exposure that minimizes the exposure problems, then you can depend on Lightroom to bring down the whites and lighten the darks. That is what I did here.

Because the sky and the mountains were so dramatic, the foreground is the least important part of the image. For that reason it is kept small, relative to the sky. It serves as a base to the overall image but does not warrant much attention. While Lightroom could have lightened the foreground much more, doing so would have taken attention away from the imposing sky.

So when using image optimization software, always consider the overall look that works for the particular image. It is not always important to see full detail in every part of the image if doing so will detract from the main subject and the emotion that it conveys.

TODAY'S QUOTE: "Serenity is not freedom from the storm, but peace amid the storm."  --anonymous
Posted by Awake The Light at 7:57 AM