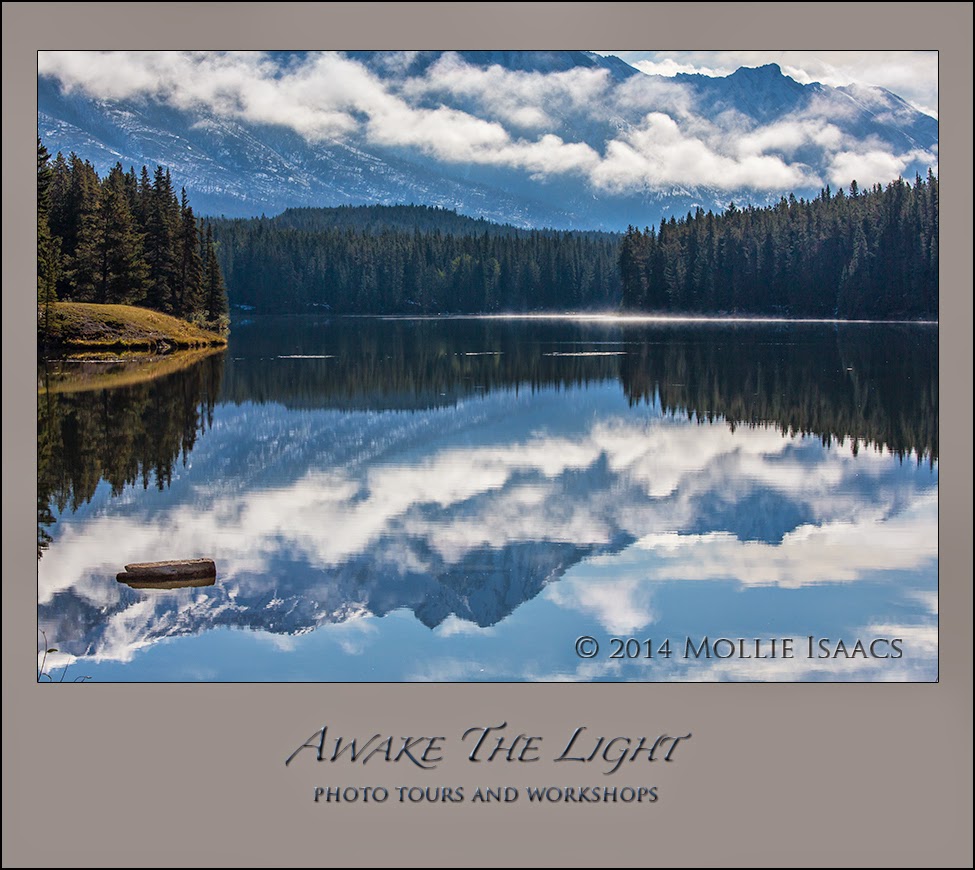 Because most of the sky is cropped out at the top, the horizon line is above center. Placement of the horizon line is purely a personal choice, based on the elements of a scene. Art experts say that a horizon line placed in the center provides a sense of calm, while a low or high horizon line creates visual tension. The more off-center the horizon is, the more tension is created by the image.

I included a small rectangular boulder in the lower left to act as an anchor point.

Because of the strong contrast – bright white clouds and very dark green trees – some optimization was needed in Lightroom to bring both extremes under control.