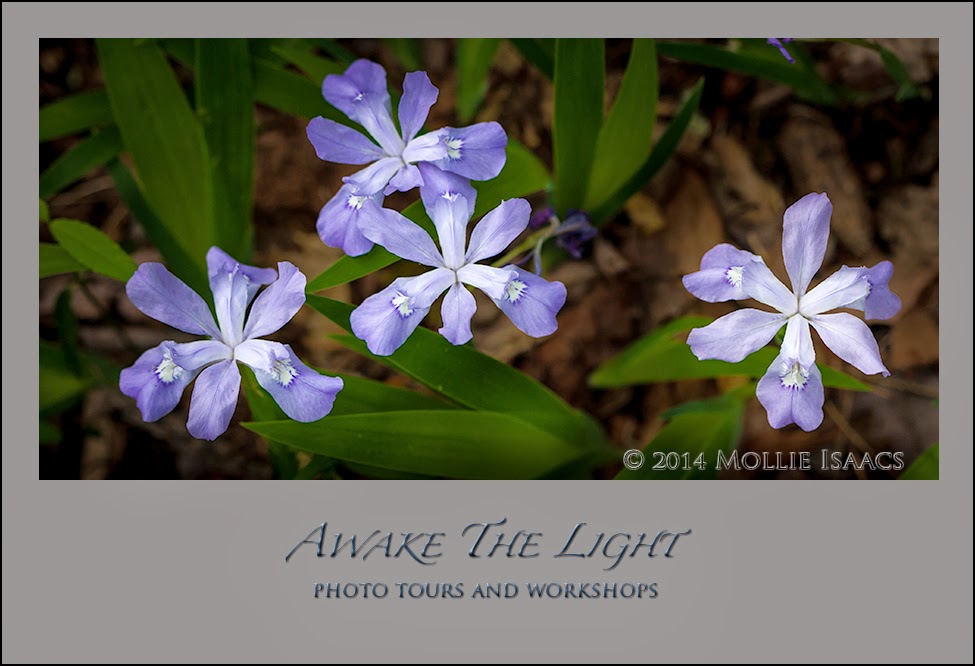 Generally we are told that an odd number of elements in an art piece is more appealing than an even number. While often that is true, when photographing this group of four dwarf irises, they seemed to form a pleasing composition. So even it was.

As you have read many times in this blog, rules are fine but often they are meant to be broken. This composition forms a gentle curve beginning at the lower left, moving up and over the top, and then sloping down again toward the lower right. Had the iris on the right been cropped out, leaving an odd number of elements, the resulting image would not have been as pleasing in my opinion.

In addition to cropping to create a panoramic look, Lightroom was used to darken the ground and the green leaves in the background. That allowed the flowers to “pop” and look more dimensional.

TODAY’S QUOTE: “I didn’t discover curves; I only uncovered them.”  --Mae West
Posted by Awake The Light at 12:08 AM