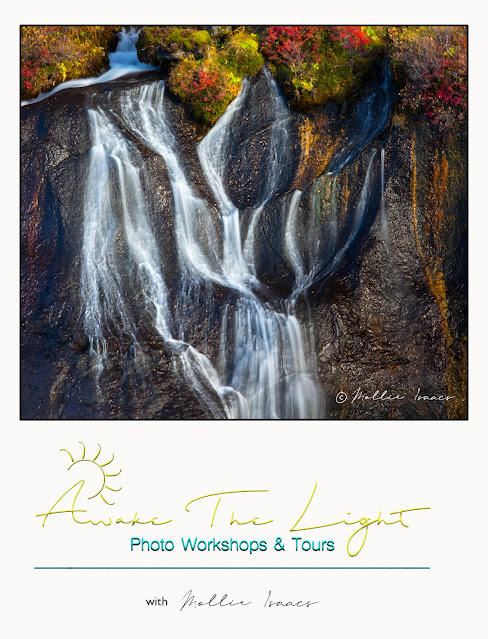 Today's Blog is posted in memory of Supreme Court Justice Ruth Bader Ginsburg. I had the honor of meeting her and photographing her back in the 1990's when I had my photo studio in metropolitan Washington, DC. Even though I did not spend much time with her, I was immediately struck by her humility and down-to-earth nature.

In those days I had the honor of photographing many notables, including her good friend Justice Antonin Scalia. Even though they were polar opposites in terms of their political leanings, they and their families had been firm friends for many years. It struck me then, and even more so now, that it is possible for people whose beliefs do not match to still have respect for one another, and to feel the warmth of honest friendship. They viewed each other as colleagues and friends, not political enemies.

Today, when it seems that divisiveness, polarization, and sometimes outright hatred invade our daily lives, I have been reflecting on that deep friendship between the Ginsburg and Scalia families. I am hopeful that one day soon we can return to a greater sense of respect for each other, and help our country pull together as we once did.

I chose this photo today since it illustrates how separate rivulets of water can flow independently but ultimately end up coming together to form one mighty river. They coalesce and form a powerful union. That is my hope for the future.

While this Blog is not intended to make any political statement, I encourage you to vote in the November elections, regardless of your political leanings. Voting is one of the greatest privileges of living in a democracy, and we should never take that privilege for granted.

TODAY'S QUOTE: "Fight for the things that you care about, but do it in a way that will lead others to join you."  -- Ruth Bader Ginsburg