Take A Virtual Break To Patagonia 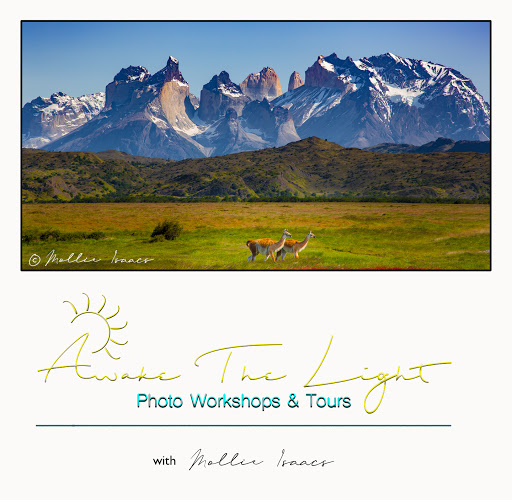 It's the weekend so it is time for another virtual trip. This time let's go to Patagonia. I was fortunate to have traveled there last December before the Covid-19 pandemic began circulating around the world. It is an incredible place with huge craggy mountains, thousands of wild guanacos (a relative of the llama), and almost constant high winds. The winds can make photographing challenging at times. Heck, at times it even made standing up challenging! But it is all part of the entire biome that one must embrace when traveling to some of the southernmost parts of the world.

December in the southern hemisphere is summertime, so the grass was green and flowers were blooming. And the guanacos were having babies. On our first day there we saw a few guanacos and got so excited that we were asking our guide to stop at almost every sighting. He kept telling us that we would see so many that eventually it would not be a big deal, but we did not believe him. And of course the wildlife photographers philosophy is to never pass up an opportunity.

And almost everywhere we went we had an opportunity to photograph the looming peaks that are the signature skyline of Patagonia.

TODAY'S QUOTE: "A mind that is stretched by a new experience can never go back to its old dimensions."  -- Oliver Wendell Holmes