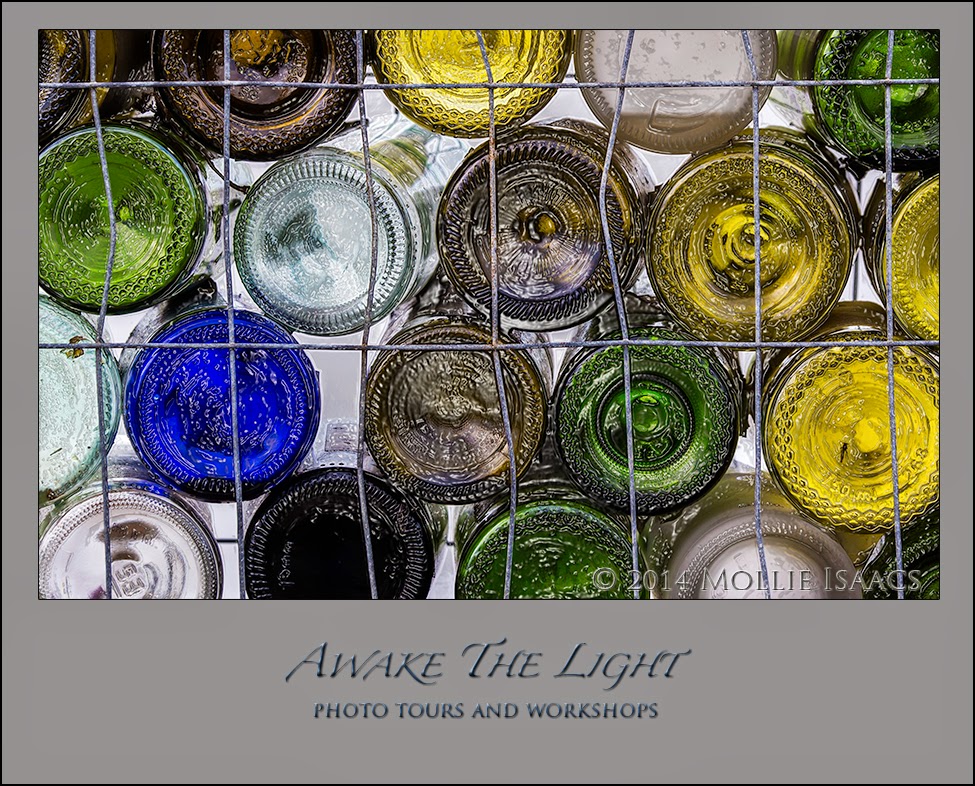 The two recently concluded Outer Banks photo workshops were a huge success. Thanks to all the great participants for making it such a fantastic time. Everyone was pleasant, happy, eager, and produced wonderful images.

You will see examples of what they captured in the Awake The Light newsletters coming out over the next few weeks.

This is one of the few shots I took during the workshops. It was a wall of wine bottles behind a local restaurant. The bottles were held in place between wire "walls." This is a small section of the 8-foot long wall. Choosing how to frame the image was the main decision. The blue bottle was the key element, with the other colors surrounding it being more neutral in tone. I positioned the blue bottle in the lower left of the frame so that it could serve as the focal point of this image.

The image was optimized in Lightroom, and then was opened in Photoshop where I used a low opacity Poster Edges filter, along with the Oil Paint filter.

When using filters, or the options available in Topaz, Fractalius, or other software, a light touch is usually best. Use those techniques to enhance the image, but not to overpower it.

TODAY'S QUOTE: "Appreciate good people. They are hard to come by."  anonymous
Posted by Awake The Light at 9:37 PM