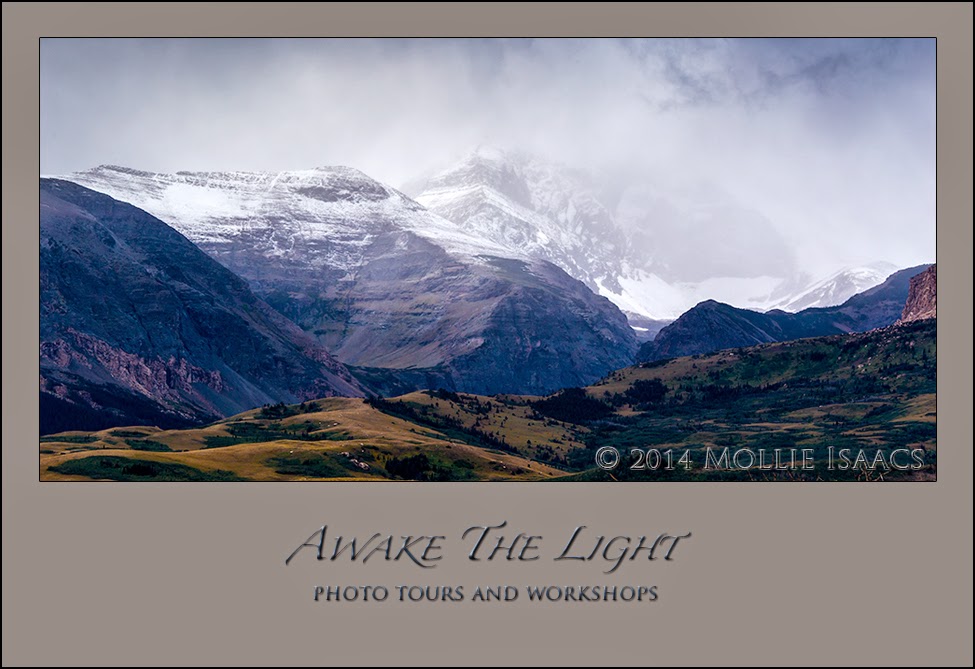 Since photography was in its infancy, clearing or approaching storms have been compelling subjects. Massive clouds, mist, and dramatic skies make for powerful images.

Today’s image is of a clearing storm. An early snow fell in the higher elevations of the Rockies overnight. The clearing clouds and mist brought gentle drama to the sky, and the contrast of the early fall colors in the fields against the massive snow-dusted mountains added even more drama.

This image works for a variety of reasons, in addition to those mentioned. The color contrast of the warm tones in the foreground against the blue mountains is one reason. The visual tension of massive craggy mountains softened by the rolling hills in the foreground is another.

In any successful photograph, there are often several things that work together to create a visually appealing piece. The juxtaposition of warm against cool, soft against hard, light against dark, are just a few of the things we can use to help make our images the best they can be.

TODAY’S QUOTE: “Life isn’t about waiting for the storm to pass. It’s learning to dance in the rain.”  --anonymous
Posted by Awake The Light at 12:17 AM