Island In The Sky 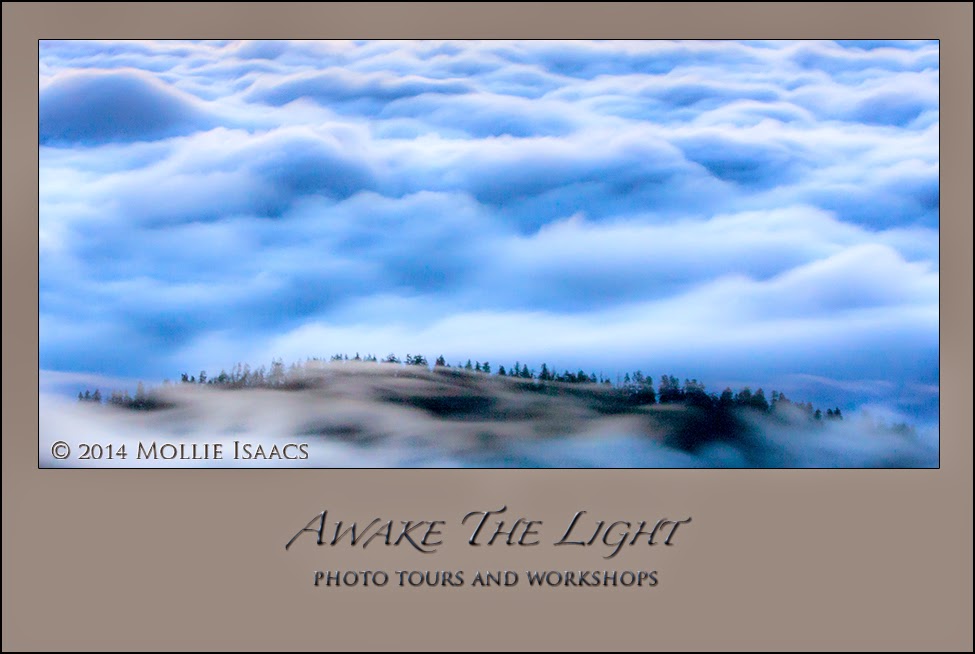 Pre-dawn on a mountaintop. Cold. Awoke in the middle of the night to drive to the location in order to be set up at first light. Crazy? You bet! Exhilarating? Yes!

Sometimes to get the shot you have to suffer a bit. And sometimes, in spite of all your best preparation, the shot never happens. While this was not the shot I envisioned when I decided to head out in the wee hours, it still worked well enough.

I had hoped for a very windy day, and planned to use a slow shutter speed to blur the motion of the clouds. As it turned out, there was just a light breeze which caused some blur of the clouds in front of the low ridge, but not enough to move the thicker clouds very quickly. Even with this 30 second exposure the thick cloud cover looks stationary.

When photographing sunrise from a high mountain, it is best to arrive at least an hour before the officially stated sunrise time. That is because the sky begins to lighten long before the actual sunrise, and much earlier than if photographing at a lower elevation. Arriving that early means you will be setting your camera up in the dark, so bring a flashlight, or better yet, a headlamp to light your way.

Choose a small aperture of f/16 or greater for good depth of field. Focus will be difficult, but as soon as there is a hint of light in the sky, your autofocus will be able to grab onto an area of contrast. In this image it was where the dark trees met the lighter clouds.  You can manually focus as well, but I have better success with autofocus.

Live View is not the best choice in very low light situations, so I do not use it.

You will also need a sturdy tripod and either a cable release or a remote timer.

TODAY'S QUOTE: "There was never a night or a problem that could defeat sunrise or hope."  --Bernard Williams
Posted by Awake The Light at 8:23 PM