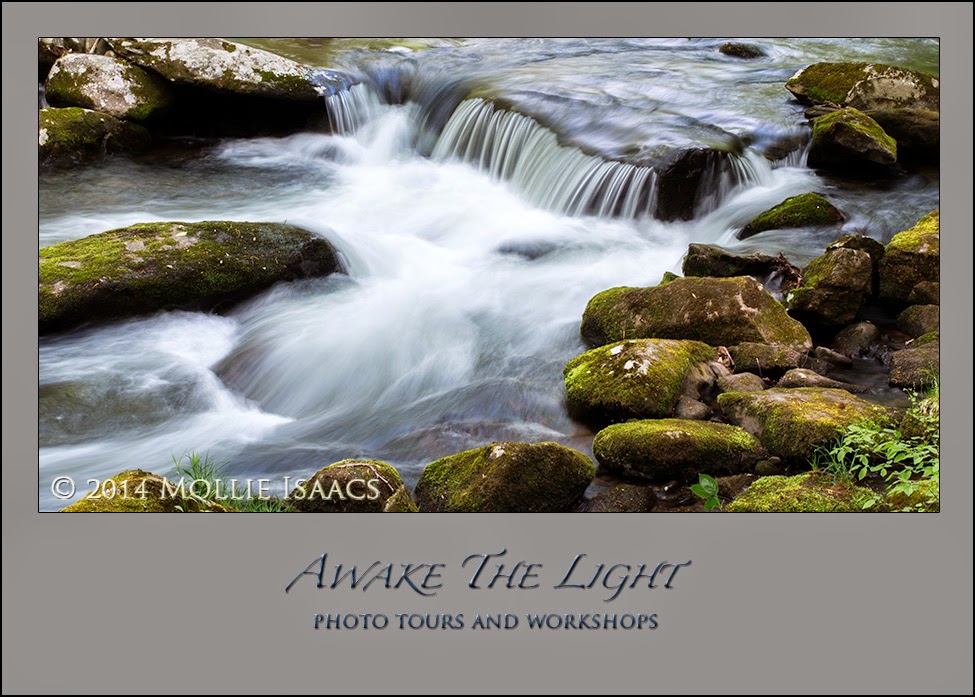 When using my new remote trigger to fire the shutter, strange and unexpected things started happening. I was shooting moving water in the Smokies. Camera and lens were firmly mounted on a sturdy tripod, and all was on solid ground.

I focused and fired the shutter using the remote trigger. Couldn’t wait to see the shot on the view screen on the back of my camera. But, what was that??! The image showed obvious signs of camera shake.

How could that be? I knew the camera, lens, and tripod were all functioning properly. What was going on?

It took me awhile to figure it out, but finally the light bulb in my brain went on. Could the camera shake be the result of the lens’ Image Stabilization, also referred to as IS (that’s Vibration Reduction for you Nikonians!)? Was the remote trigger actually firing the shutter too soon, before the IS could kick in and then settle down?

The short answer is YES. Before you techno gurus jump to conclusions, understand that I always, did I say ALWAYS?, use IS even when the camera is on a tripod. In addition, the lenses I own that have two options for IS – one for tripod use and one for handheld shots – are always, did I say ALWAYS?, set the same regardless of whether I am shooting with a tripod or not.

So, while I am no physicist, I have concluded that the lens’ IS mechanism needs a brief moment to do its thing and then settle down before taking the shot. Once I gave it that opportunity, the camera shake issues were a thing of the past.

In case you are wondering why I use IS when tripod mounted, there are two reasons. First, I never lock-up the mirror mechanism, so using IS prevents any mirror movement from causing vibration that impacts on image quality. Second, if I always leave IS on, I never have to remember to turn it on or off.

TODAY’S QUOTE: “Common sense, however it tries, cannot avoid being surprised from time to time.”  --Bertrand Russell
Posted by Awake The Light at 9:21 PM